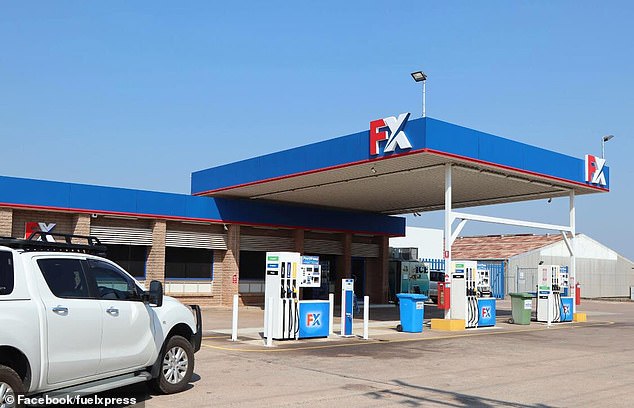 A city with less than 150,000 people has Australia’s cheapest petrol because of a new discount service station.

An Australian Competition and Consumer Commission analysis found Darwin’s average unleaded price of 118 cents a litre was 4.1 cents lower than the average across Sydney, Melbourne, Brisbane, Perth and Adelaide.

The finding is surprising given that smaller capital cities in Australia have traditionally missed out on a weekly discounting cycle and have less competition.

Many families look to the college years for children/grandchildren with mixed emotions excitement and trepidation. These two words rarely go together, but when it comes to college, it seems to be a perfect match.

The opening of new discount petrol stations in the Northern Territory capital was credited with giving the small city in the tropical Top End Australia’s cheapest fuel.

A second FuelXpress opened in the nearby army satellite city of Palmerston last year, complementing the existing service station at Winnellie in Darwin’s northern suburbs.

‘The relatively low retail prices in Darwin may have been influenced by the opening of a second FuelXpress retail site in Palmerston in August 2019,’ the ACCC said.

This sparked a price war with Coles Express as more Darwin residents compared prices on the Northern Territory government’s MyFuel NT website, which has operated since 2017.

In March, during the start of the coronavirus pandemic, petrol prices in Australia’s biggest cities fell below $1 for the first time since 2012.

By April, average petrol prices in Sydney, Melbourne, Brisbane, Perth and Adelaide sunk to just 92.4 cents per litre – a sharp drop from 159.1 cents a litre in December 2019.

The Australian economy then sunk into the first recession in 29 years but by the end of the September quarter, average prices in the five biggest cities climbed back to 122.1 cents a litre.

This was 4.1 cents a litre higher than Darwin’s average for unleaded.

Until more recent years, Darwin had higher petrol prices but the prevalence of more discount service stations has seen the Northern Territory capital have average unleaded prices below those Sydney, Melbourne, Brisbane, Perth and Adelaide six times since early 2019 when quarterly prices were examined.

Despite having Australia’s highest population and the widest choice of service station, Sydney had the third lowest average petrol price of 119 cents a litre, after Perth’s 118.9 cents a litre.

Brisbane had Australia’s most expensive average petrol price of 126.1 cents a litre, making it dearer than Melbourne (125.6 cents per litre), Hobart (124.1 cents per litre).

How one small Australian city recorded the cheapest average petrol price of just 118 cents per litre because of a simple change in their business.